Far away on the horizon it appears – the island on the edge of the Aegean – the island at the end of the perceived world. A huge rock in the sea. Steeply sloping on one side, flat and losing itself in deep bays and shallow beaches on the other. Depending on the season, it is surrounded by the ever-changing sea. In the warm summer months by sea water in a turquoise that only exists in the Aegean. On winter days it is surrounded by waves topped with white foam, as they thunderously crash against the rocks. And then, on the few grey days a year, the gentle waves lap the coast. Watching the sea is never boring. It soothes and brings us back to ourselves. 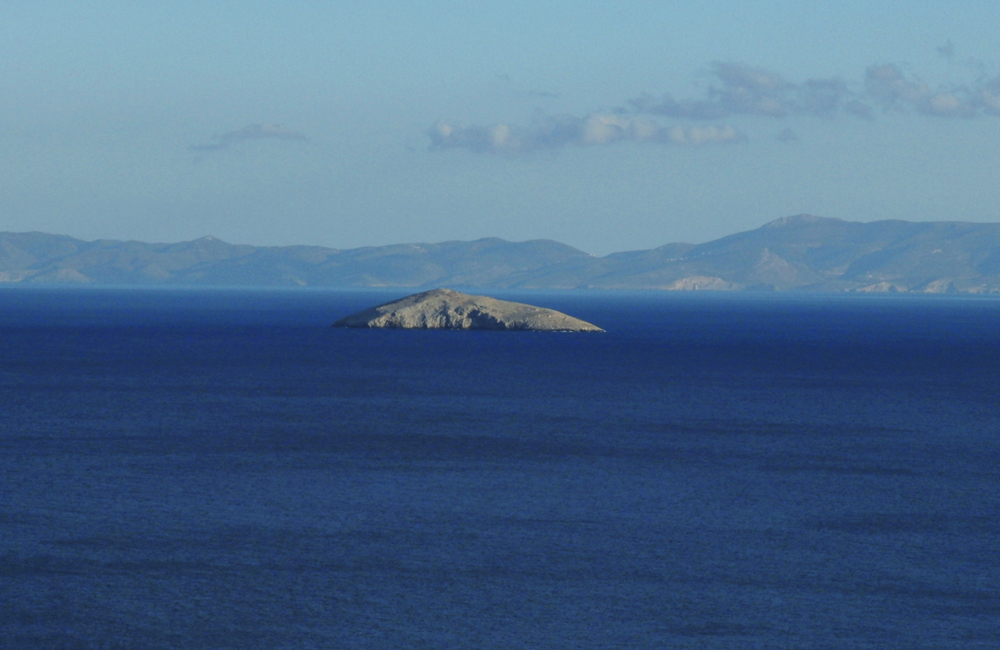 The island seems unreal even as you get closer. Maybe this is caused by the incomparable light, which is said to only be found on the Greek islands. Countless painters have tried in vain to capture it. You can not hold onto it. Not even with the most advanced technology of the digital age. Nothing and no one can capture it. You can only see it and feel it. I smell the sea, feel the salty spray on my skin, look at the twinkling points of light as they reflect in the ruffled water. Can hardly wait to reach the port. Feel the mystic that surrounds me..

I‘ve arrived again – in a place where gods live …… 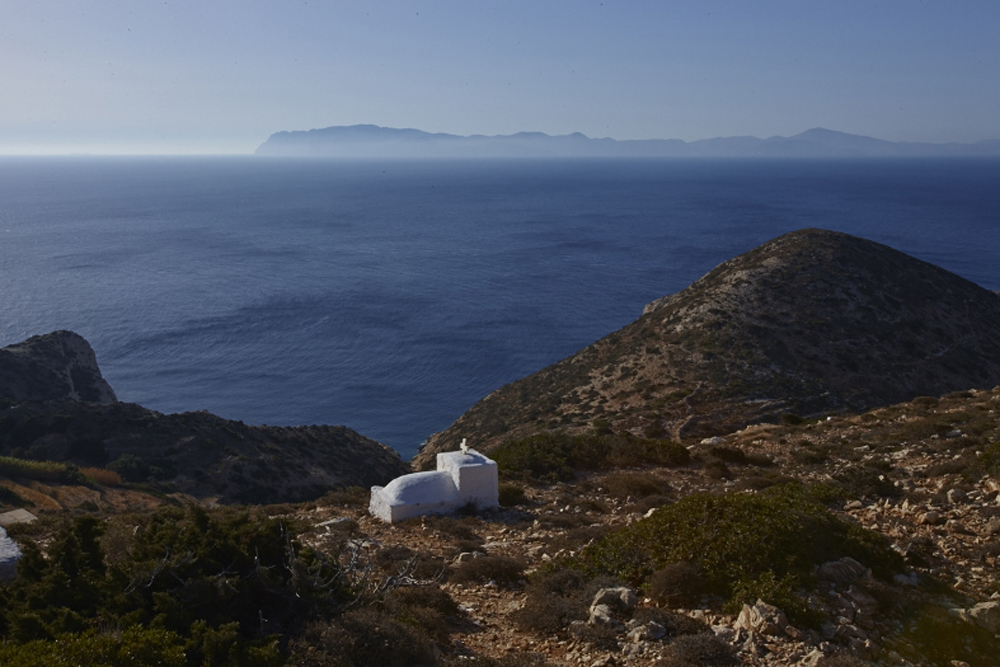 The island is inhabited. There are 2 villages and the Chora. Chora is the capital of a Greek island, usually located on a mountain. This meant that one was safe from pirates and attackers in earlier times. The typical, small square white houses nestle around the hill. For the people here, time has stopped. Not even television or the Internet will change that. Nowadays, the fisherman takes his mobile phone with him to sea, but he fishes with the same boat and nets that his ancestors did. The young people study on the mainland or look for work there and only few come back. The latter, however, will live here in the traditional manner and that‘s a good thing. 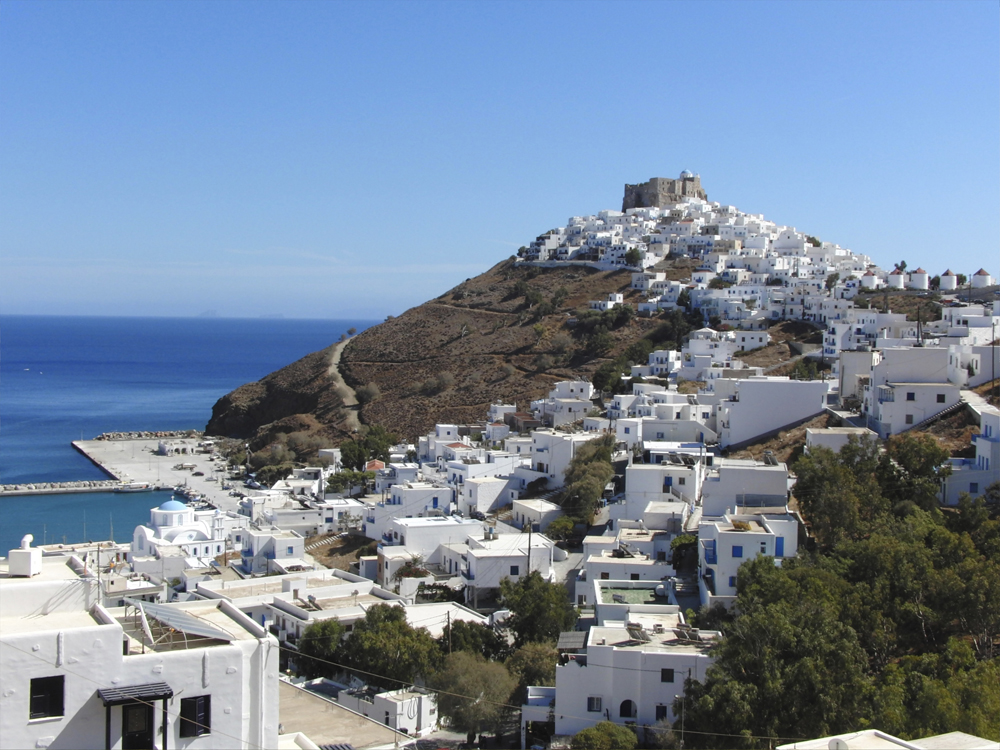 The houses are painted with white lime wash every spring, as a contrast, the doors and windows are mostly kept in the typical shades of blue, depending on affiliation to the archipelago. There is a medium blue, a more turquoise and a dark blue. The tables and chairs are painted in these colours. People are proud of their homes, their villages and the island, the houses are decorated with flowers to impress the few who visit. 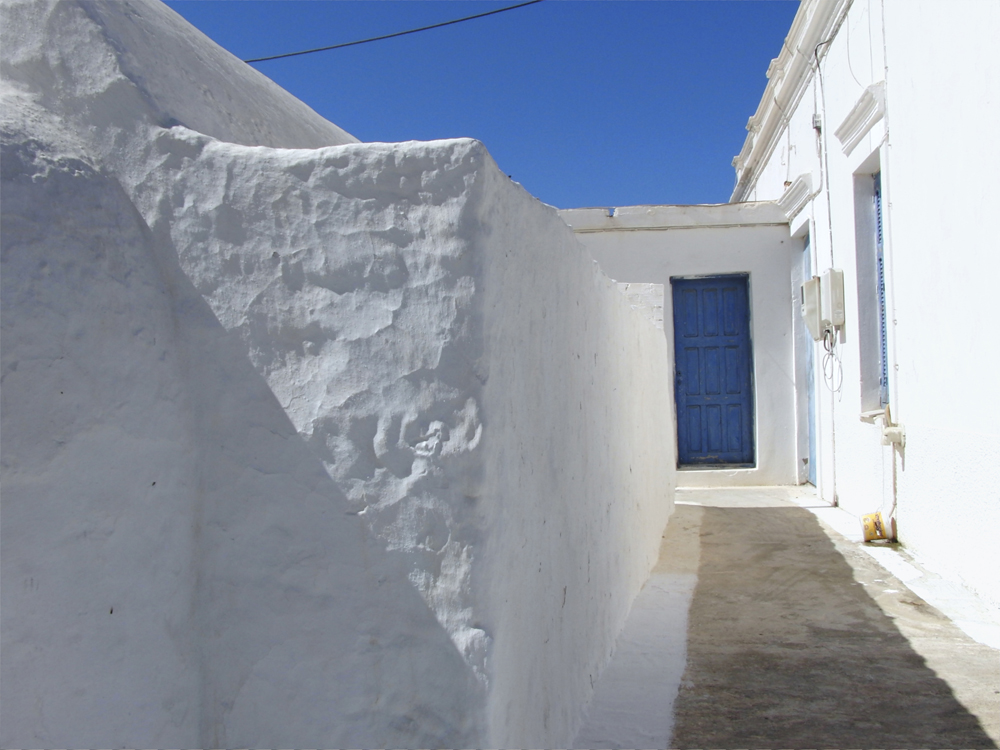 The Greeks enjoy themselves. Food is an important ritual. This applies to pure and simple things like cheese, olives and bread, as well as sumptuous meals that cause the tables to bend. Many different courses are served so that you can try a bit of everything. Each island has its own specialty and as a visitor you have the obligation to try this. You will not be disappointed. 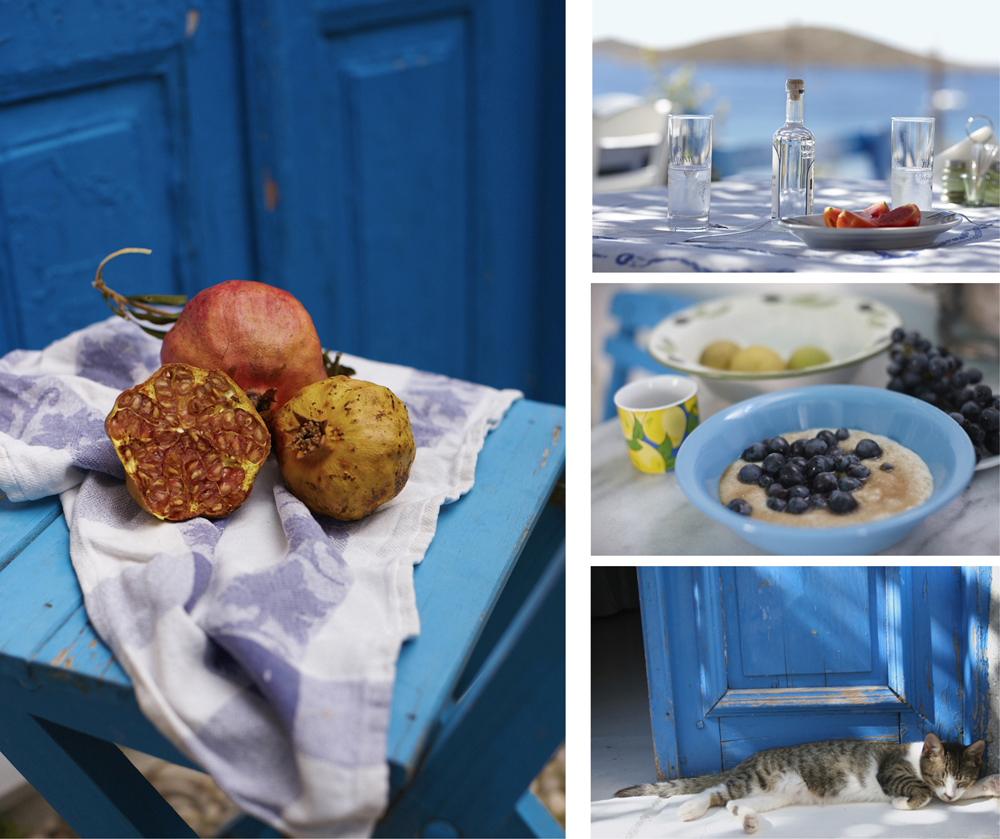 This summer, like every year, I‘ve met the old woman. Unbelievable but true, she spins her own wool, knits scratchy socks and hats and sells them with persistent persuasion. I know whereof I speak. I own 3 caps and 4 pairs of socks from her, all of which are impossible to wear. 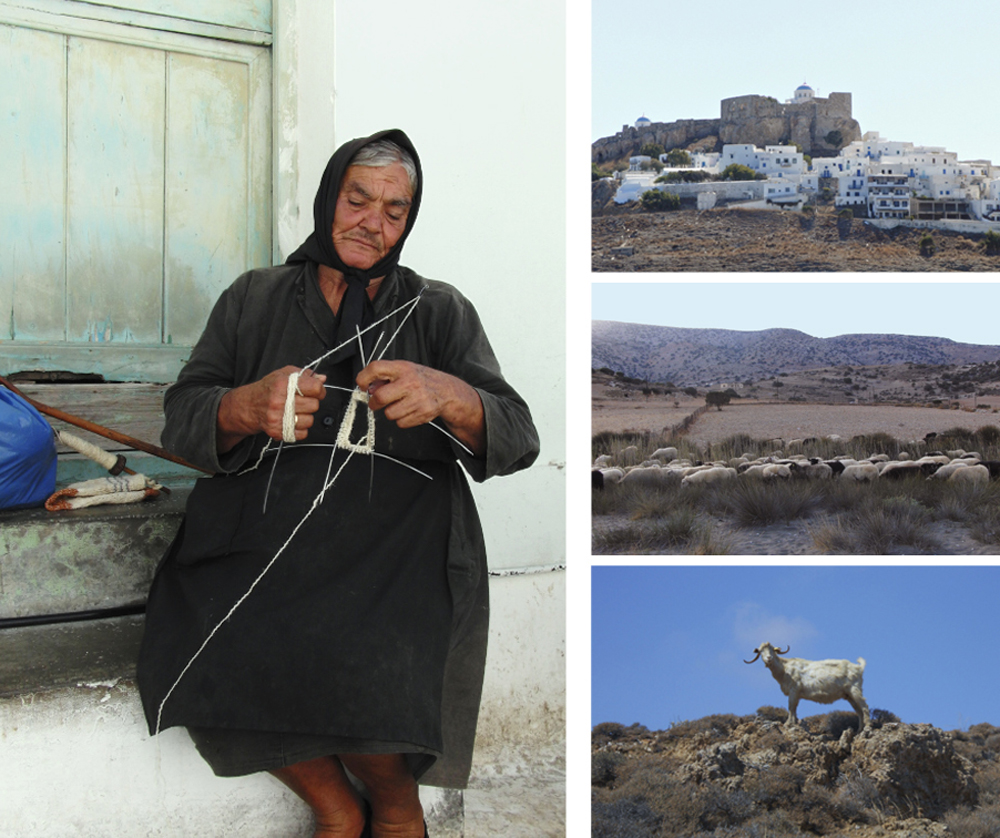 I‘ve been to this place, sometimes just for a short stay, but also for weeks at a time. The island is a balm for my soul. Staying here gives me strength, for the return to this other – our – hectic world. For as long as I can, I will return here again and again – to this island in the turquoise sea …